In the candid interview, he shared the story behind this 40 year old leading air chartering company, and what got him into commercial aviation. 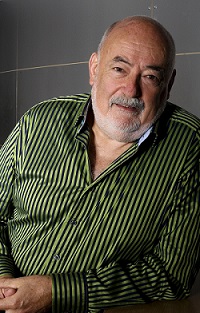 Because my dad was a police officer!

Whenever he is asked how he got into commercial aviation, Chapman Freeborn cofounder Chris Chapman has a standard, if not quizzical reply: “Because my dad was a police officer!”. The gregarious chairman of Chapman Freeborn may have had a bit of inglorious start depending on one’s perspective, having been he admits, kicked out of school by the Jesuits at a very early age.

Ever hopeful his son would pick up a respectable career, Chapman’s father took him to a careers exhibition one day. “There were all these people trying to sell me on the idea of becoming a banker or an accountant and they were all sounding really boring and so just to shut him up and put a smile back on his face I looked around and saw a stand that said ‘BOAC’ as British Airways was known back then and I said, ‘I want to work for an airline’. And boy did that put a smile on his face!

FedEx accelerates the retirement of 30% of its jet freighter fleet